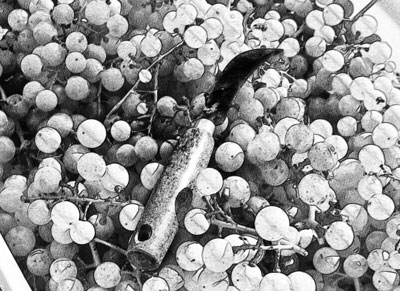 No sooner did I arrive at the winery than a barrage of words shot in my direction without any encouragement or provocation from my side. “I’ve been doing this for far too long . . . I get rocks thrown at me. Why? I guess that I just don’t play nice in the sandbox. But, hell . . . why play? It’s getting harder and harder to create a truly Texas wine. Harder and harder and harder!”

The first time I met Kim McPherson was several years ago at the Houston Livestock Show and Rodeo where he was pouring his then CapRock wines at the barbecue cook-off. I was surprised and frankly somewhat impressed by how many syllables he could give to the monosyllabic word SHIT after I asked him to comment about the romantic life of a Texas winemaker.

Looking around me, the McPherson winery appeared an eclectic mix, much like Kim himself. It was a bit of postindustrial Coca-Cola and Zen-like bamboo, with elements of historic Texana beside modern art….

Excerpt from The Wineslinger Chronicles: Chapter 9: A Strong Texas Brand

← Sun on the Skins
The Supreme Expérimentateur →